Our team of logistics experts is on call to handle all your international importing needs.

Every year, there is an increase in imported foods to meet the demands of consumers across the U.S., making our oversight role even more significant in protecting the public health. Recognizing this important role, and new tools available to the agency, several months ago we announced our new Strategy for the Safety of Imported Food (Import Strategy). The Import Strategy describes how we are integrating new import oversight tools provided by the FDA Food Safety Modernization Act (FSMA) with existing tools as part of a comprehensive approach to imported food safety. 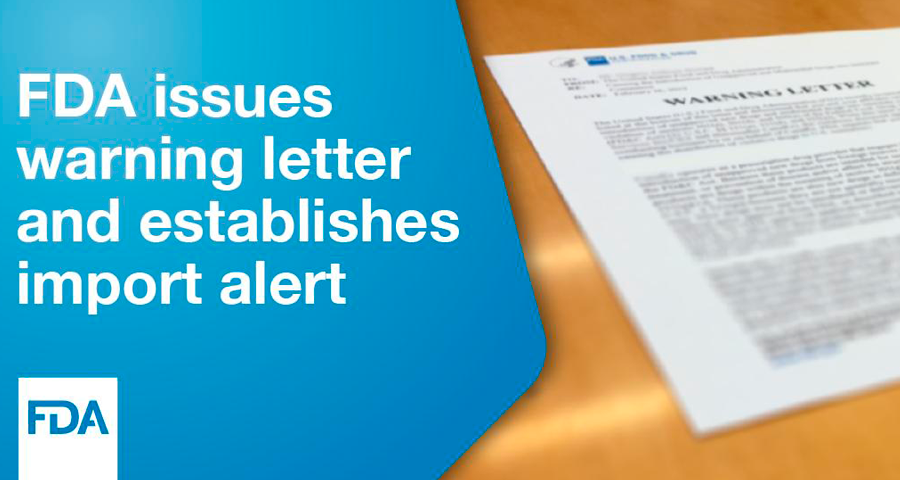 Implementation of the Foreign Supplier Verification Programs (FSVP) regulation, which places responsibility on importers to verify that their foreign suppliers are producing food that meets U.S. food safety standards, is a key element of our import strategy and is vital to our overall implementation of FSMA,” said FDA Acting Commissioner Ned Sharpless, M.D. “Today we announced the issuance of the first warning letter to a U.S. food importer using our authority under FSMA’s FSVP regulation. The warning letter follows an FDA inspection conducted in response to a recent Salmonella outbreak, which revealed that the importer was not in compliance with the FSVP.

The FDA continues to work with food importers that are developing plans to adhere to the FSVP regulation and working to come into compliance. However, neglecting to meet the FDA’s food safety requirements puts consumers at risk, and our top priority is using the full range of our available tools to protect public health. Moreover, we’re committed to ensuring that the U.S. food supply remains among the safest in the world and we will continue to implement our new import strategy to provide a multi-layered, data-driven, smarter approach to imported food safety.”

The U.S. Food and Drug Administration today announced issuance of the first warning letter using the authority under the FDA Food Safety Modernization Act (FSMA) Final Rule on Foreign Supplier Verification Programs (FSVP) for Importers of Food for Humans and Animals. Since 2017, the FDA has been conducting FSVP inspections, with a primary focus on helping importers understand the requirements and how to take corrective actions if deficiencies are observed. Moving forward, the FDA will take more steps to ensure compliance with FSVP, including reinspecting importers that had deficiencies in previous inspections and by acting immediately when FSVP deficiencies are found that pose an imminent public health risk.

The warning letter, dated July 30, was issued to the Brodt Zenatti Holdings LLC in Jupiter, Florida who imported tahini from the Israel-based manufacturer, Karawan Tahini and Halva. This tahini was implicated in a Salmonella outbreak in May and was recalled. FDA investigators found Brodt Zenatti Holdings LLC to be in significant violation of the FSVP rule, which requires that importers perform certain risk-based activities to verify that food imported has been produced in a manner that meets applicable U.S. food safety standards.

As outlined in the FDA’s new import strategy, the FDA is committed to working with importers to come into compliance with all FSMA regulations, including the FSVP, and to protect consumers. The warning letter asks that Brodt Zenatti Holding LLC respond to the agency within 15 working days from receipt of the warning letter with plans to correct the violations or evidence they have corrected the violations. If Brodt Zenatti Holding LLC fails to correct the violations, they may become subject to the newly established Import Alert #99-41, Detention without Physical Examination of Human and Animal Foods Imported from Foreign Suppliers by Importers Who Are Not in Compliance with the Requirements of the FSVP Regulation.

Import Alert #99-41 is an important part of our continued implementation of the FSVP regulation and may apply to any importer in violation of FSVP. In this case, the foreign supplier of the tahini involved in the outbreak is subject to a separate import alert. Karawan brand tahini is currently subject to Import Alert #99-19, Detention Without Physical Examination Of Food Products Due To The Presence Of Salmonella, and is subject to detention without physical examination.